On May 21, External Tank #94 arrived at the California Science Center, where it will eventually be stacked with the orbiter Endeavour and two test rockets and displayed upright as if ready to launch. Lofty Ambitions was there to see it arrive because we couldn’t imagine more fun for nerds on a Saturday night. 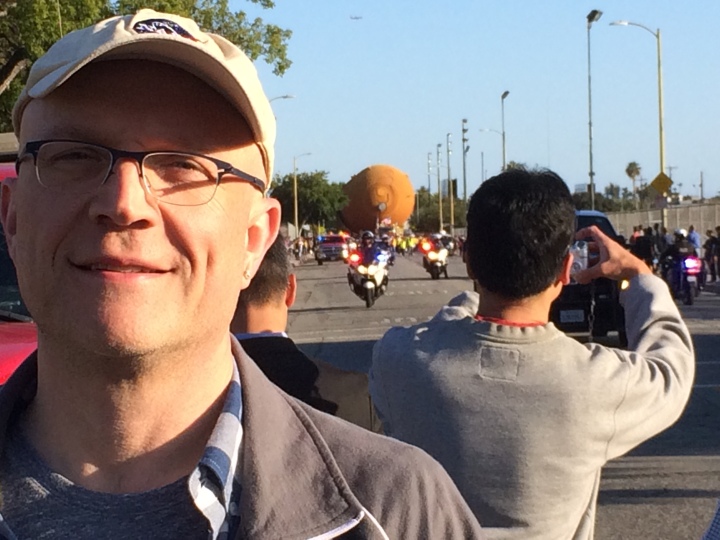 This particular external fuel tank for the space shuttle is the only functional ET in existence. It was a lightweight version built for use with Columbia, but, in 2003, Columbia broke apart on reentry before this tank was used. By the time NASA was flying shuttles again, a super-lightweight tank was in production. In fact, ET-94 was used to study whether the lightweight construction contributed to the Columbia accident, and, as you can see in our photos, pieces of foam have been removed as part of that investigation.

No other external tanks survive because they were used to launch space shuttles. The ET is the large orange tube to which the orbiter and solid booster rockets were attached. It therefore provided structural stability in addition to holding the the liquid oxygen and liquid hydrogen that fed the Space Shuttle Main Engines for roughly the first 70 miles of its journey. With the fuel exhausted, the empty tank separated from the orbiter and plummeted back toward Earth, disintegrating on its way down.

ET-94 left Louisiana on a barge on April 12. Later last month, it made its way through the Panama Canal and on to Los Angeles. On its way up the coast, the tugboat pulling the ET rescued four people from a life raft after their fishing boat had sunk. Finally, yesterday, aboard a deftly maneuvered transporter, ET-94 made its way through the streets of Inglewood and to the California Science Center at Exposition Park, where we met it up close.

For the time being, ET-94 will be enclosed next to the Samuel Oschin Air and Space Center, where a window will be added so that visitors to Endeavour will be able to peek out at the fuel tank. 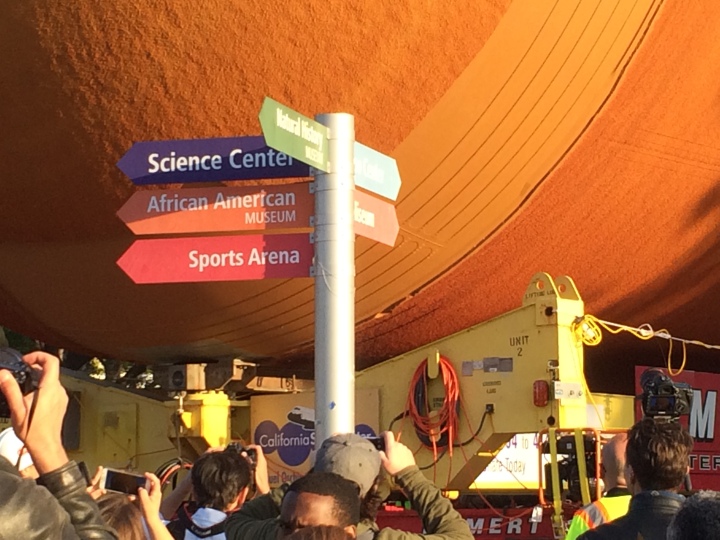 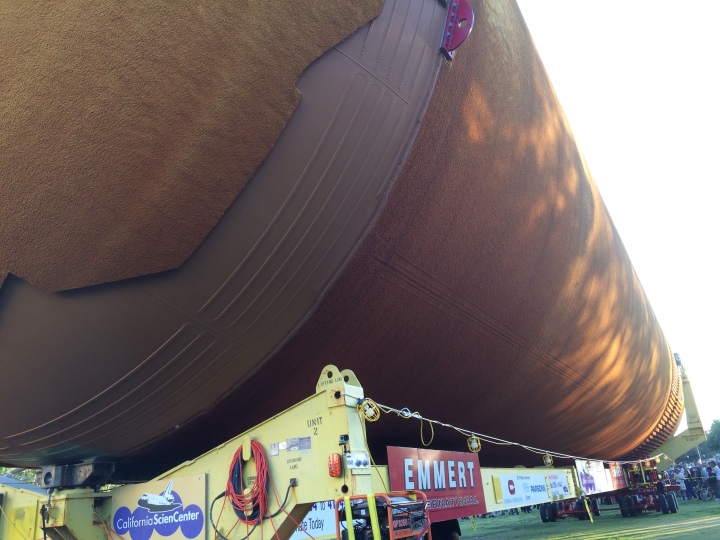