Looking for something to ponder or celebration today, April 20? Here you go!

1862: Louis Pasteur and Claude Bernard prove that spontaneous generation doesn’t happen. If you’re still hoping that something can come from nothing, you’re more than 150 years behind the times.

1902: Pierre and Marie Curie radium chloride, the first compound of radium to be isolated in a pure state. In 2013, the FDA approved radium chloride as a treatment for prostate cancer. We’ve written about the Curies before; check out more info about Pasteur and Curie HERE.

1916: One hundred years ago on this date, the Chicago Cubs played their first game in what has become Wrigley Field on this date. While this anniversary is beside the usual topics of Lofty Ambitions, we’re lifelong Cubs fans, and we like an excuse for a celebration.

1937: George Takei was born in Los Angeles. He later played Sulu in the television show Star Trek and subsequent films. If you’re on Facebook or Twitter and not following George Takei, you’re missing out.

1972: John Young and Charlie Duke land on the Moon during the Apollo 16 mission. See our interviews with the wonderful Charlie Duke HERE and HERE.

Bonus: In April 2012, we had followed the orbiter Discovery from Kennedy Space Center in Florida to the National Air and Space Museum‘s Udvar-Hazy facility. April 20th was that oribter’s first full day as a museum artifact. 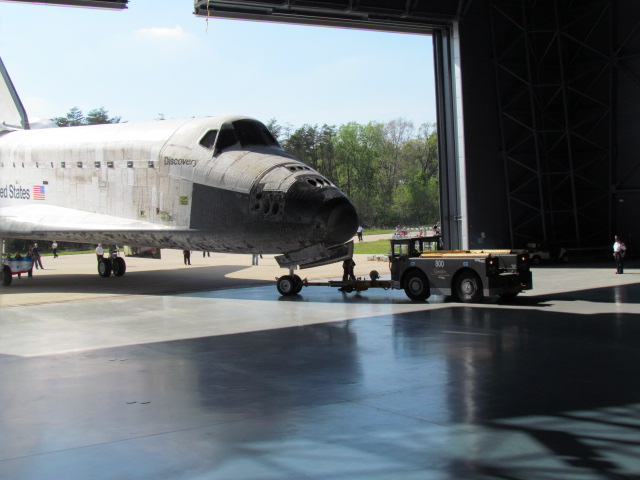