We did not post last week. For the first time since this blog started in 2010, we missed a week. After a weekend away, we’d been scheduled to fly back home on Monday. Though weather had cleared up hours before our flight and though our aircraft had arrived (albeit an hour late), American Airlines had canceled a lot of flights that day and knew quickly that our flight would have no crew. No seats were available to us for either our home airport or even LAX until Friday night. So we spent almost a week in Chicago (thank you, Aunt Maggie!). More than five years of weekly (and mores at times) posting, but we hadn’t queued up a post ahead of time for last week.

On New Year’s Eve (Wednesday, when we should have had a post), we walked around The Loop and, to our surprise, found that Macy’s holiday windows had been designed for Lofty Ambitions. For readers celebrating Epiphany today—the holiday for the arrival of the three wise men (astronomers?), who followed a star (conjunction of Jupiter and Saturn? comet? supernova in the Andromeda galaxy?) to see baby Jesus—and for those readers whose holiday spirit has waned, we share the images of Macy’s planetary celebration. (And yes, there are six photos, but we’re catching up here so it’s a bonus, not a miscount.) 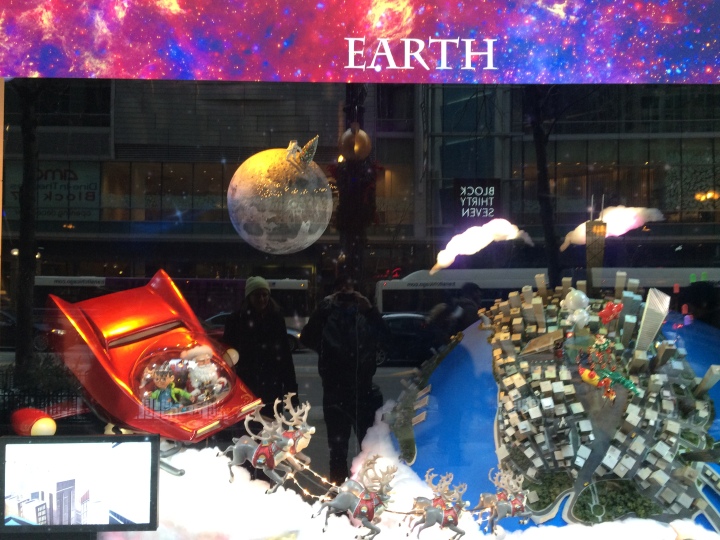 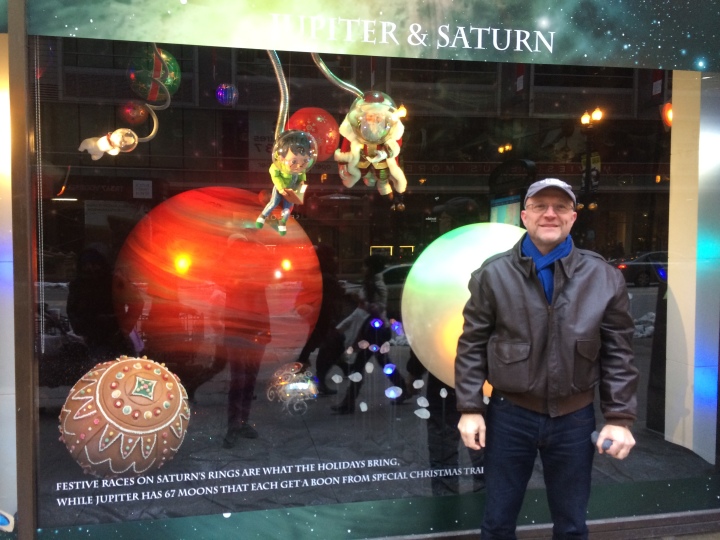 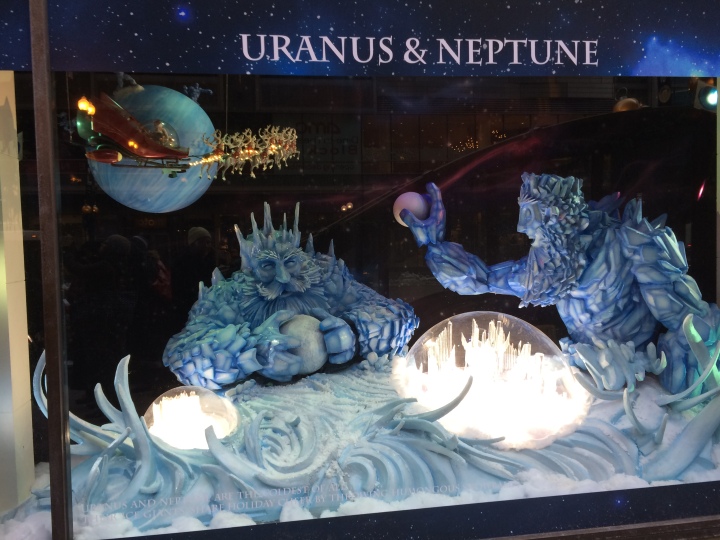