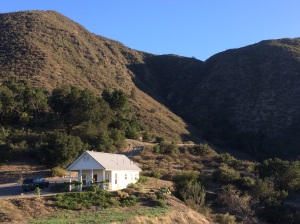 We spent almost three weeks at Dorland Mountain Arts Colony to write. We had some bumps in our residency road this time, but we always accomplish things and do good work in the isolation and beauty of Dorland. (For other posts about writing retreats, click HERE.)

Each residency we’ve done is somewhat different, even when we return to this place. But, when we think about it, the accomplishment emerges out of five basic life practices, perhaps because they are what’s essential to a writing life beyond the residency too.

Have something to write, and write it. 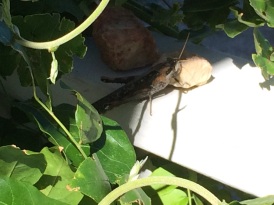 That’s more than saying, Go write. We can’t imagine taking full advantage of a residency without having something in mind to write or, even better for us, being in the midst of a larger project, either drafting or revising. Staring at a blank screen or page is one thing at home, but, with the limited time of a residency, it seems wise and exciting to know that you will hit the keyboard with fingers running each day. We’re sure some writers are more free-wheeling, but most writers we know are always working on something or about to start some project they’ve been pondering. As freeing as it can be to live for a few weeks outside of your regular day-to-day life, it’s good to have a focus or a plan. If you need or want a vacation instead, do that, but don’t take a spot at a writing colony for it. Writing something—leaving with something that didn’t exist before, that wouldn’t have existed otherwise in that timeframe—is the reason to spend time at a residency. 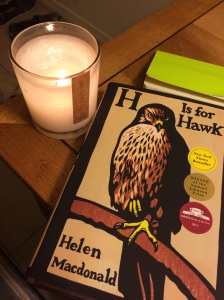 We read pretty widely these past few weeks, though certainly some of it (especially for Doug) was research for the pieces we are writing. It’s good for us to read beyond that which is directly related to our own projects, though. Maybe it’s a way to clear our heads of the subject matter while remaining immersed in language. Or maybe it’s a way to make interesting, unexpected connections—that wonderful, mysterious meaning-making of serendipity when you’re deep into a piece of writing.

Anna read Anthony Doerr’s All the Light We Cannot See. A novelist can learn a lot from this one, especially from its detail and description, the structure of short chapters and its sections out of chronological order, and its point of view alternations. (Erika Dreifus reviews it at Barnes & Noble.) Next, Anna read Jesse Browner’s How Did We Get Here? Having read Karen Karbo’s review, she still hoped for more from this turning-fifty reflection. Though labeled a memoir, it’s really essays trying to be philosophy that didn’t resonate. Anna moved on to a more compelling memoir, H Is for Hawk (a staff pick at Powells), finding it akin to Cheryl Strayed’s Wild in premise—parent dies, daughter does something active to cope with grief, literature matters—but a very different and detailed approach.

Doug is making his way through the amazing Moby Dick! We both agree that it’s a great book, with marvelous, captivating writing on the sentence level, whether or not it’s actually a novel. When at Dorland, Doug also reads from a literature anthology that remains on the shelf at the cabin. He sometimes chooses to read poetry, though he’s working on a novel. The novel’s plot is laid out, so he’s thinking about language, tone, and pace, and poetry sheds light there.

At Dorland, you stock your own groceries and are on your own for meals. That means you can eat any time. We have pretty much the same thing for breakfast every day, in part to keep it simple and mindless. Though we tend to have dinner together after watching the sunset, we sometimes have lunch separately—different food, different times—if we aren’t at a breaking point in our writing at the same time. If we’re really wrapped up in our writing (especially if most of the few dishes are dirty), we snack on hummus, cheese, and crackers for dinner. We treat ourselves to Doritos; it’s our Dorland thing. We stock up on caffeine but not on desserts. We’re not tied to a schedule, but we don’t skip meals. We go out to dinner once a week.

The idea, it seems to us, is that eating at a residency is a pleasant break and, for us, a time to talk with each other. We’re sure some writers take the opportunity to expend creative energy in the kitchen because they enjoy cooking, and others enjoy the socializing over meals at places like Ragdale or the Vermont Studio Center. While we like cooking and socializing too, we’ve come to think of our residency meals as respites from and rewards for the intensity of writing yet also, somehow, part of the writing day’s flow. 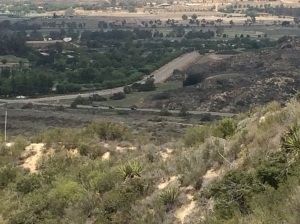 When we’re at Dorland, we walk the long steep hill almost every day. It’s a great physical workout, something more necessary if you’re sitting at a desk typing on a laptop six or eight or ten hours a day. It’s remarkable how much the eyes need a rest from the screen and how good they feel when you look out over the expanse of valley and mountains. These vigorous walks clear our heads, too. As much as focus helps a writer, taking an occasional mental breath of fresh air can change everything for the better. Other writers may prefer meandering walks in which they can continue to ponder the day’s writing, but we get re-energized from this heart-pumping (usually early-evening) trudge during which we’re alert for bears, mountain lions, and snakes. The activity is reminder of our physicality and the world around us.

At Dorland, we don’t set alarms for the morning wake-up, but we tend to wake up at about the same time every morning. We tend to get a good night’s sleep, often nine hours or so, despite the howling of coyotes in the distance, and we need that sleep. We’ve read several articles in the last couple of weeks about the importance of sleep and the effects the next day and over the long term of skimping on sleep (see The Washington Post and The Guardian). Creativity and productivity require rest. We’ve found that, without constraints of alarms and appointments, we fall into a natural pattern that sustains our day’s work. 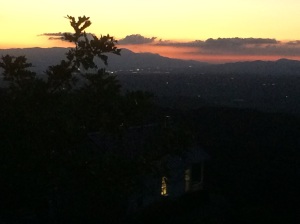 It’s not that we didn’t check email at all. Let a thread evolve for a couple of days, and sometimes everything gets resolved. Put off a response, and the world doesn’t come crashing down. Maybe folks checking email all day, as we often do at home, get antsy that we aren’t interacting in near-real time. But immediacy isn’t really that important in most email, and we never catch up to empty inboxes, so Starbucks with wifi was a fifteen-minute drive for a much longer interruption once a week.

It’s not as if we planned our initial trip to the grocery store so well that we didn’t have to restock a few things. We learned that we go through a lot of bread (cracked whole wheat sourdough from Sprouts), peanut butter (Laura Scudder’s all natural), and club soda (we’ve discovered Perrier in grapefruit flavor). 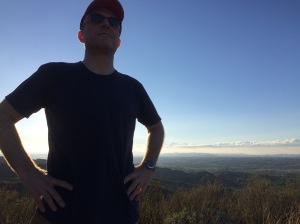